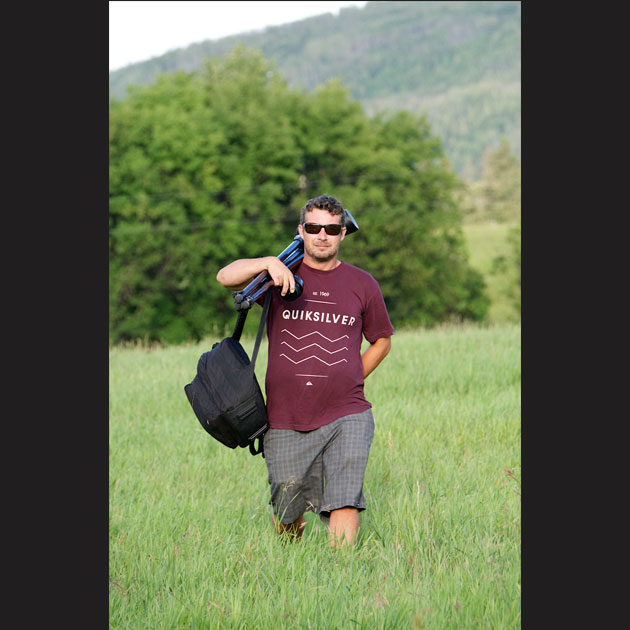 Paul’s first card with DonaBona.ca is “Winter Sun Rising“. He says, “I absolutely love the sunrises this time of year before the river freezes. Maybe it’s because they are at almost 10 a.m.”
Lavoie took in the beauty of the sun rising and setting across the world for seven years. He left home with $1000 to see how far he could go. After a year in Australia where he hitchhiked for 5000 km, he ventured into South America and most of the European countries. Though he had never been on a sailboat, he responded to an online posting for a crew and sailed from the Maldives to Madagascar. He did all of this without a camera.
Paul now lives in his hometown, Peace River, with his wife and two children. He bought his first camera in 2007. It was a birthday present for his wife, but she never got to use it. He’s been venturing out with a passion to capture the beauty of his native land ever since.

“I like the quietness about landscape photography… 4 a.m. out in a field…drinking coffee…waiting…”
See more of Paul’s work at Instagram: @paullavoieimages.

Paul’s photography is also featured in the Mother Earth book.