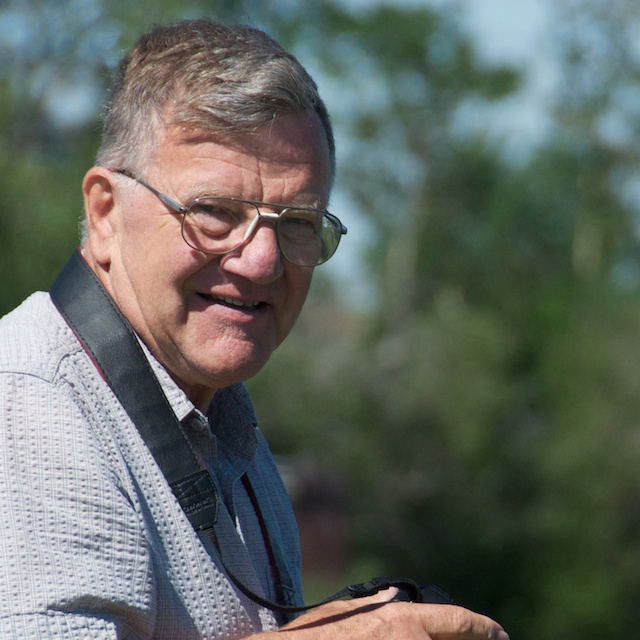 Klaus Peters has been photographing Trumpeter Swans since he moved to Grande Prairie, AB (Swan City) almost ten years ago. As a young boy in Germany, he remembers being fascinated by birds. His family immigrated to Canada when he was ten years old, and, while living in Winnipeg, he would often go out on his bicycle to be alone in the great Canadian outdoors. His love for observing the patterns and behaviors of birds has continued and grown.

Klaus became serious about photography when his wife, Rika, expressed a desire to have good images from which to paint. She loves swans, especially the fuzzy little cygnets. Now, it is not unusual for Klaus to spend half a day patiently watching and photographing the swans and other birds of northern Alberta. You can see more of his work at www.meanderworksofart.com. Email: wilkomen@telus.net